We worked extensively with Viking Johnson a few years ago with Presentia presentations, so they recently approached us to create an interactive touchscreen presentation for their trade stand at IFAT Munich, Germany.

To make your stand at a trade show stand out amongst competitors and to stop people in their tracks is an age old problem. Plus Two were tasked to cut through that and create something visually stunning to attract potential customers onto the stand. 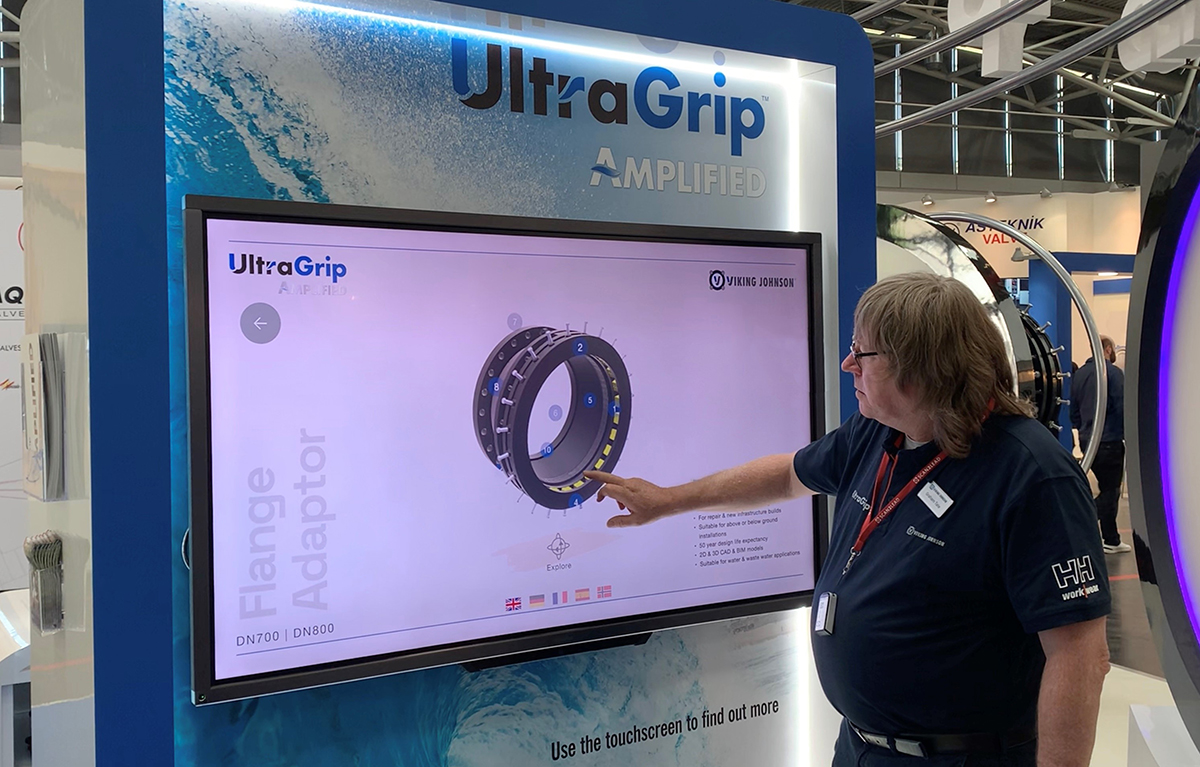 The brief required a flexible approach so that it can be adapted and scaled up in the future so we used Unity to develop a showcase featuring 3 interactive CAD models that could rotate in a 3D space to show clickable information points on each. We also developed subtle sound FX with the help of a sound engineer. 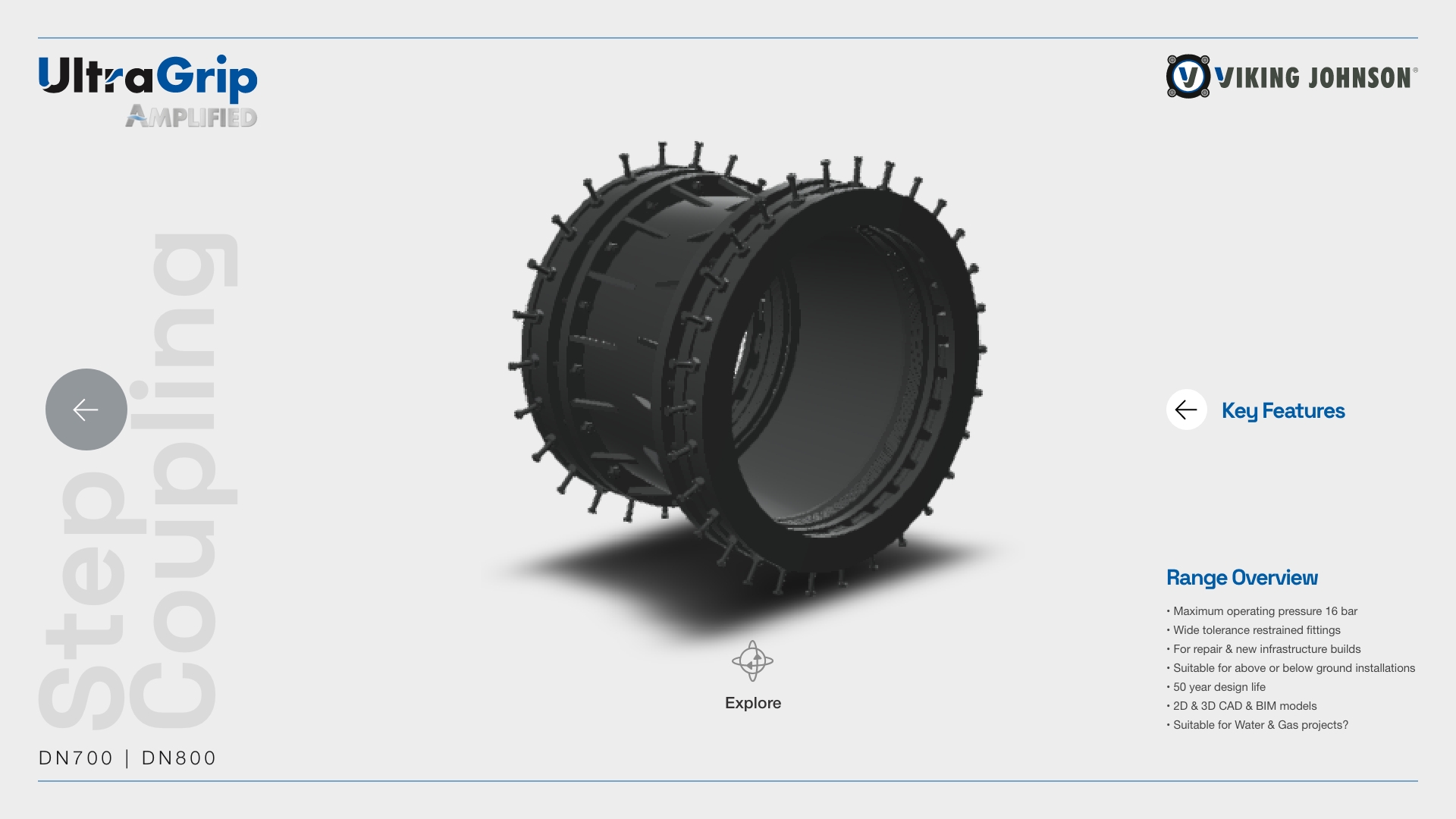 The Unity app was run from a company laptop to a 65” Touchscreen mounted on the stand itself. There was movement on screen at all times to prompt people to come into the stand area and interact.

The international market that IFAT attracts warranted the app to be multi lingual, so this was created with a simple flag mechanism to toggle between each language which gave the user a choice between English, German, French, Spanish and Norwegian.

Once selected the models had 10 clickable call out points of interest to view. 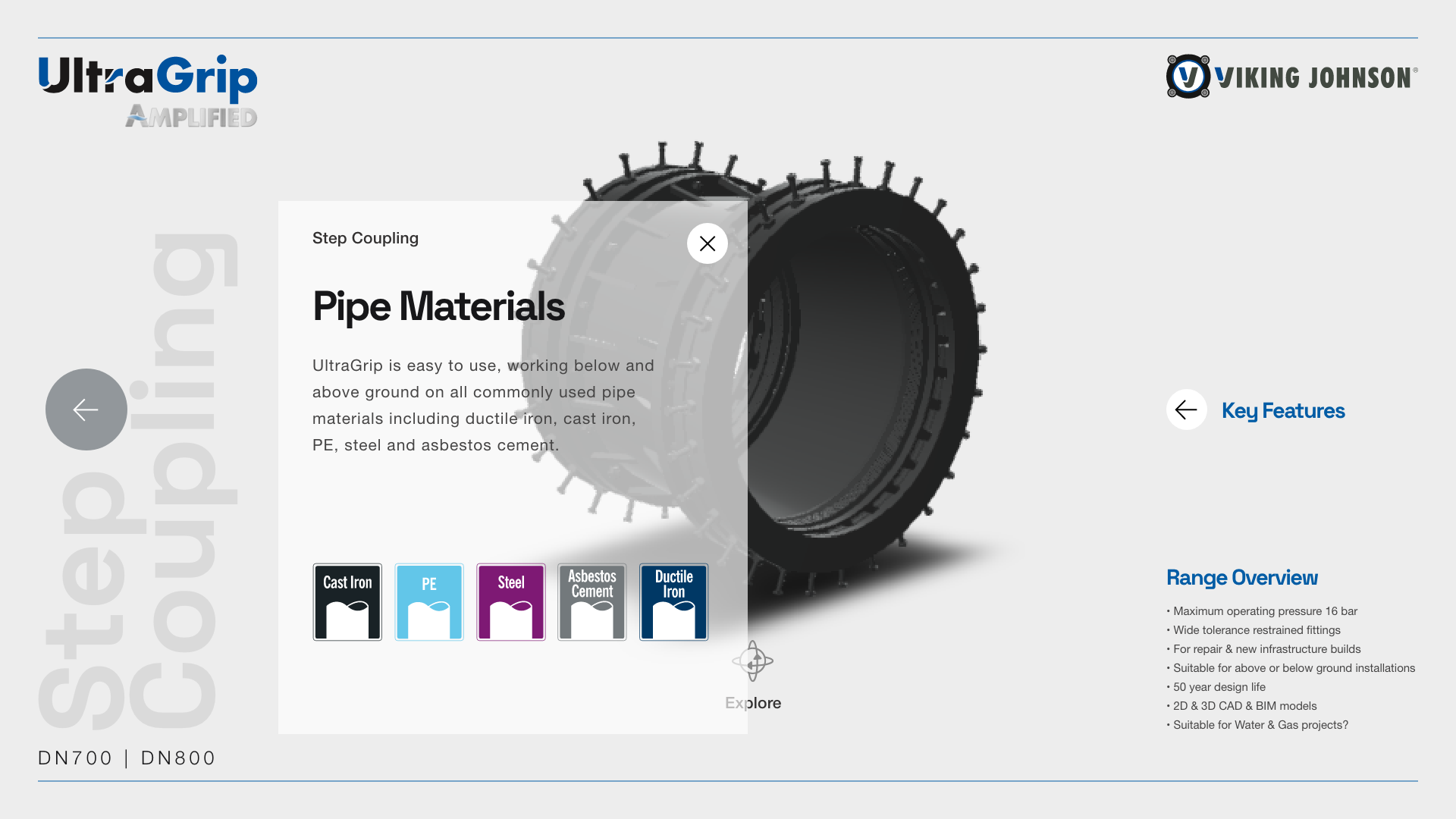