John West Foods is one of the country’s most recognised brands for canned Salmon and Tuna.
The Tuna fishing industry has received a lot of negative press for its lack of sustainability and general bad practise.

With the industry as a whole suffering very bad press at the time, we brainstormed how to get across the good things that John West was doing in sustainability, ethical fishing and therefore get positive facts against a sea of negativity as a succession of TV documentaries were exposing really bad practises amongst the big producers. 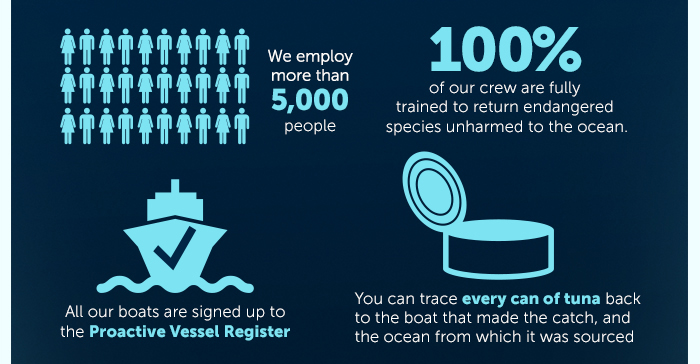 We created a classic infographic that was published in a press release. Using icons and the depth of the ocean we visualised a deep dive into some great facts and stats surrounding John West Tuna fishing.