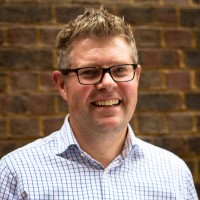 Why Nearshore your Digital activity?. 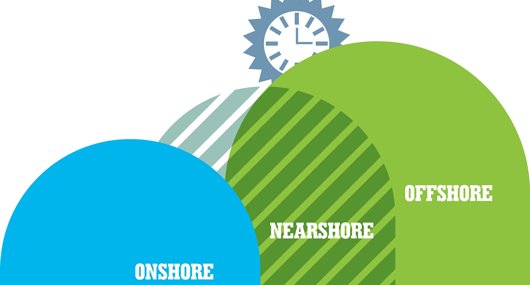 Outsourcing and Offshoring has been one of the growth areas of the UK economy over the last 20 years. The range of activities being outsourced and offshored has grown from the basic manufacturing and service operations to include a whole range of high value activities.

Historically China has tended to focus on Manufacturing and India more on Service activities and between them they have taken the lion’s share of the Offshore Outsourced marketplace. Much of the work placed there for reasons of cost and in particular labour cost.

Nearshoring refers to Offshoring to places that are geographically more proximate such as Eastern Europe. European outsourcing locations are unlikely to be able to match the low labour rates of Asia (although they are increasing) but do have other benefits which can outweigh the labour cost differential.

However nearshoring in Eastern Europe in particular continues to grow due to a number of factors:

– Increased Digitalization of business activities benefits from the closer cultural alignment to be found with Eastern Europe.. Often the deep expertise is with the outsourced provider so it’s important that they are comfortable being collaborative partners looking to advise the best solution not simply carry out instructions. People in European locations are much more likely to question and challenge what they are asked to do. This attitude and mindset helps to deliver high quality Digital projects.
– High level of Education, particularly strong in IT / engineering skills, with a ready supply of high quality labour. This in part is a legacy of the strong emphasis placed on these skills during the Communist period.

– Eastern European Governments such as Poland and Romania have Identified the IT sector as being important for growth and as such have encouraged the sector by supporting the universities and by providing a favourable tax environment to companies in the sector.

– The security and of movement of Personal Data is of increased importance and the knowledge that these countries are covered under the European legislation in particular the Data Protection laws is a considerable reassurance.

– English Language skills – when dealing with complex Digital projects good communication is absolutely critical so it’s vital for everyone involved is fully conversant in English. East Europeans tend to have a very good level of English for example 4 out of 5 Romanians speak English.
– Collaborative technologies have evolved very quickly over the last few years and allow teams to work together very closely whilst being geographically dispersed.

– The time difference with Eastern Europe is much more manageable than with Asia. And when Face to Face meetings are required you can realistically get there in a couple of hours with a good range of competitive Airlines ensuring that the flights are readily available as are decent hotels.

– Recognition that for Digital work it’s about ‘value’ – creating well thought designed and robust solutions value not focusing on production at the lowest price.

When looking for a Nearshore partner for Plus Two to deliver large-scale complex builds we determined that the attractions of Eastern Europe and in particular Romania were compelling. In Romania labour costs are somewhat lower than other countries in the Region such as Poland without any compromise on quality or availability.

So we sought a suitable organization in Romania that could be our Technical Delivery partner and that’s exactly what we found. And we entered into a joint venture with them so everyone’s interests are fully aligned. Our Technology partner, www.tremend.com, have over 100 highly skilled developers, and are the fastest growing Romanian tech company in Deloitte’s Fast 50 CE.