On the 9th of September the Apple special event (codename: “Hey, Siri”) took place in San Francisco, and here is a summary of all the news it brought, with some considerations on how these developments could impact the multimedia development world too.

The new iPad pro was a rumour which not many believed to be true… and guess what, it’s actually true!

A gargantuan screen of almost 13 inches, a dazzling resolution of 2732×2048 pixels, and a new A9x processor are the main technical specifications of this iPad pro. But which is the target of this magical, (not so) portable telly?

Following the path led by Samsung on Android (with the Note Pro tablet), and Microsoft on Windows (with the Surface, which is actually a fully-fledged PC), Apple is trying to target all those professionals who do not “strictly” need a PC/laptop, who want portability without sacrificing screen space, and with the added advantage of a fantastic touch screen, and ease of use of an iOS product. There are some serious limitations, but that’s another story… and a story more suitable for advanced users like developers for example.

Furthermore, all the iOS 9 new features, like the split screen and apps sharing, seems to be designed with the new iPad pro in mind. This new “pro” attitude has been confirmed also by the intervention of some Microsoft executives, bragging about how well the new iOS Office apps works on the iPad pro, way better than on the Surface (…oh, nevermind, we never said that!).

In my opinion the stronger competitor of the iPad pro is actually the MacBook air, which now becomes the most endangered beast in the Apple zoo, potentially soon to be discontinued, depending on its future sales, especially after that the new MacBook has become sp thin and lightweight.

The new keyboard cover is ‘super cool’ (and very necessary for all the users that will switch from a laptop to an iPad pro I think), but the biggest surprise maybe is … *drum roll* the Apple Pencil which, apart from becoming the target of on-point internet jokes, is actually a very interesting tool for graphical designers, artists and illustrators of any kind (or just for common people who love taking notes, in a decent way for once, since with the usual rubber-tip stylus you usually feel more like a toddler with a crayon).

Overpriced? If it works as promised I would say, absolutely not. There are mediocre bluetooth iOS compatible stylus’ on the market that costs as much, so…  the only question is: why it cannot work on the regular iPad? Is it a matter of CPU power? I am not convinced… but that’s a common “illegitimate” question with Apple products.

Hate to brag, but i am the first person to get my hands on the new #Apple #Pencil pic.twitter.com/LfaekHlfWh

The small Apple TV has been waiting for some attention for a looong time.
Its popularity dropped significantly in recent years because of cheaper and more ‘open’ rivals, like the Google Chromecast; and we always wondered why Apple wasn’t keen on unleashing a full TV App Store into the hands of the millions of customers and thousands of good developers out there… but you know, Apple does not release something until it’s 99% safe, business-wise (not bug-wise and bug-free unfortunately, but that’s another story). 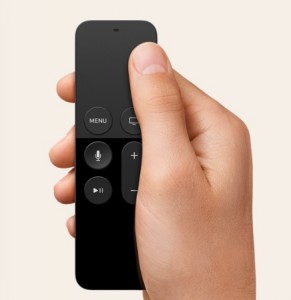 So, here we are: a decent CPU, a nice controller and most of all: TvOS. That’s hopefully the game changer for this device that we were all waiting for, and a new frontier-opening platform where we can develop and rethink our apps and games.
The price is still reasonable, and Siri will be present as well, so hopefully there is nothing missing… maybe just some love for the gaming community with a dedicated gaming controller (because where would be Apple without games on iOS?), but that could maybe be fixed by third-party hardware producers, I hope.

Prompt as Christmas Cards appearing in the shops on 1st of September, the new iPhone is here as well.
It’s the “S” version, so the ‘safe to buy’ one… just for you to remember.

Not much else to say here, if it wasn’t for the new 3D Touch screen. The screen now can detect 3 levels of pressure from the fingers, so to enact different actions in the UI. It’s not a revolution probably, and it will take time to become widely used, but it’s a whole new level of interactivity and a new paradigm for UI designers (and even here the success of this innovation is in their hands, literally).

My main question is: why is this technology is not on the iPad pro as well? Why?!
Having this technology on the iPad as well would have boosted its development. As a developer this will translate in creating a UI for iPad and a different, enhanced one for the (Jedi) iPhone, which is something we ALL hate (and is probably confusing for users as well).

All the rest and some considerations

So, some final generic considerations before looking at the time…

Good artists could make amazing things just with their fingers, true, but let’s not consider the current styluses on the market as fully-professional tools. A Wacom Cintiq is a professional tool, a pencil with a big rubber head is not. My favourite one at the moment is still the Adonit Jot Pro, but it’s not flawless, and accurate pressure sensitivity?! I wish…

Apple is giving their attention to the “pro” world, now more than in the previous years for sure, and that’s a great thing for all of us out there actually trying to make stuff with and for the Apple machines. But are we “pro”? Or is “pro” a business manager who needs to do presentations, take notes and travel around?

The bigger picture here, in my opinion, is a shift of what is considered to be “personal” and “pro”.
A personal computer is no more a PC with Windows; the “pro” is a computer with a customisable OS and a few limits, while the personal should be an iPad mini, an iPhone 6, an Android tablet, that will need almost no setup, and that with all the apps could now cover 95% of “common” users’ needs. And there’s a “pro” in the personal too, which includes the business manager above, but they are not developers, and the iPad pro is amazing for them. But if you are a developer for example the iPad pro could be amazing, but you won’t be able to work just with that, not yet at least.

Side note: I will sound snooty for sure, but yes, if you don’t have to design or develop stuff on your computer, if you are not a hardcore, “pro” user, please switch to a tablet (a pro tablet like the iPad pro maybe if you are a pro-personal user), but stop buying crap laptops that will make your digital-life miserable, and our working-life as developers miserable as well). 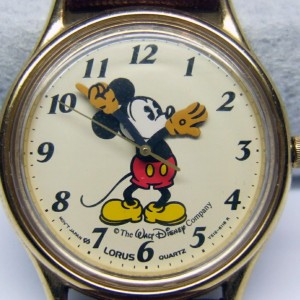 I am closing in a way that the conference started, with the Apple Watch OS2.
That is for me the least interesting news, but the good news (at least for the early adopters of this interesting tech-toy) is that the Apple Watch has finally left the almost-beta stage of its first release.
While the device was previously more or less capable only of clunky streaming apps from the iPhone, now it should become a more independent and self-sufficient device/platform.
The success of this device will mainly depend on the release of some killer-apps, which at the moment are obviously lacking (apart from the Mickey Mouse watch of course, which always brings The Main In The High Castle Dick’s novel to my mind).